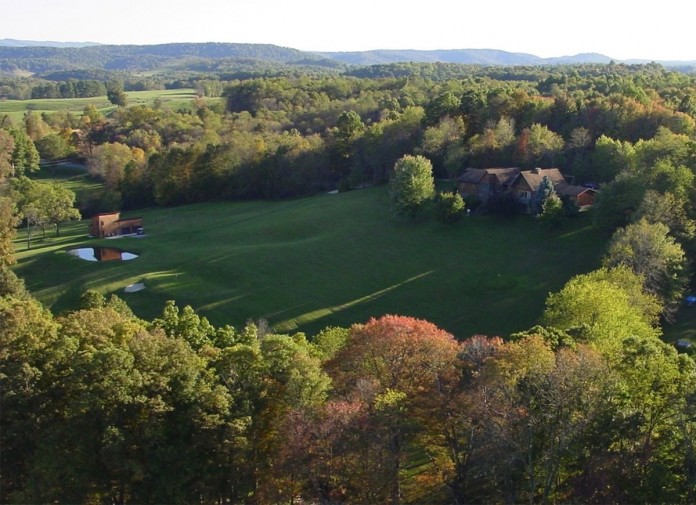 (FGP)  The eleventh year of FarmGolf Majors began with the FarmGolf Masters on April 8, 2012.  Six teams vied for the win, with Josh Halfin and Curtis Bodkins winning their second and third Masters tournaments, respectively.  As so often happens in FarmGolf, a great start propelled them to a 2-stroke victory.  Brian Smith, Larry Smith and Jayson Mitchell finished second.

On June 17, 2012, six teams played with Larry Smith, Grayson Smith and Randy Wilson edging the team of Bill Bowers, Dustin Jones and Dave Moore by 1-stroke.  They overcame a fast start by Brian Smith, Chad Smith and Alan Ball.  Rookie Chuck Koukoulis made his debut and found out the difficulty of playing in the World’s Fastest Growing Sport.

The British FarmGolf Open had the annual fish fry with chips.  Six teams competed with repeat winners from the second major of 2012.  The team of Larry Smith, Grayson Smith and Randy Wilson set the course record for a 3-man team at 15-under par, as well as the single round record at 7-under par.  Rookie Jeff Rogers made his FarmGolf debut.

The final major of the year was won by Mike Green, Tom Schiefelbein, Gary Shaffer and Dave Moore.  A reduced playing field closed out the 2012 major season due to other scheduling committments. (FGP)  A special six-hole fall tournament was held.  The FarmGolf Photographer enjoyed the day off and played on one of the three teams.  Two photos were later found on the internet of this event. (FGP) The eighth year of FarmGolf tailgating ended sadly with the stealing of the FarmGolf Banner.
A reward of $10,000 has been offered for the safe return of the “national treasure”.
A new method of designating the FarmGolf Tailgate Location will be developed prior to the beginning of the football season in the event that the banner is not returned. 3-man teams will be picked, according to their Top 25 Ranking, with each golfer paying the $10.00 greens fee. Points for placing in this tournament will be 10 points to each winner, 8 points for each finishing second, 6 points for third place with lesser points for those finishing farther down.